Being Frugal is Different than being Cheap 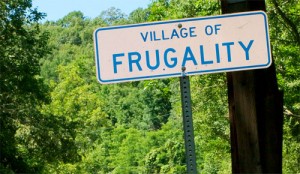 There is a difference between being cheap and being frugal. A big difference.

Being “cheap” has negative connotations, and conjures images of being inflexible and unwilling to part with money, regardless of amount. It’s a perception.

Being frugal, however, has much more to do with being smart with your money with a specific aim in mind. It’s about identifying a goal, setting out a strategy, and defining which steps and behaviours surrounding your spending that you need to take to get there.

What is the difference in behaviours?

For those that are “cheap”, price is the always the driving factor. Quality of product (and quality of life, actually) is willing to be sacrificed in an effort to pay the lowest price. This can shape your life- as well as those around you.

Being cheap is a defining characteristic, and is discussed- often by the person themselves. We all love the rush that comes with scoring a sweet deal (that is brag-worthy, for sure)- but for the cheap person,  the impact of scoring the deal goes a little bit further.

It’s this kind of guilt that is likely the greatest deterrent to spending. Seriously, who wants to experience that kind of anguish?

The whole concept of end goal is different as well.  For those that are cheap, the reward is in keeping your money. For the frugal, however, the reward is in reaching your financial goal. Although these sound similar (what if my goal is to keep all my money), they are different, because it comes down to perspective. The frugal enjoy treats along their path, and can celebrate milestones, whereas being cheap is an all or nothing endeavour.

Simply, being frugal means making conscious choices around spending in recognition of the relationship between spending behaviour and the ability to reach financial goals. Being frugal is not absolute either, and takes into account some flexibility, whereas being cheap- not so much.

Sacrifice takes on a different scope when one adopts frugal practices. A frugal person will choose to go without something, for instance, because it isn’t in the budget that they’ve set out for themselves. They recognize that a little pain now will pay off later. It’s about avoiding instant gratification in favour of the bigger picture. Also, frugal behaviour is goal-oriented.

Frugality is also about saving money while engaging in necessary spending, whereas being cheap is cutting out spending. Period.

That is where things like clipping coupons or doing DIY come into play- as a means to an end. Another frugal practice is doing more with what you have- or in finding ways to stretch your dollars further.

While both being cheap and being frugal may contribute to you having more cash in your pocket at the end of the month, the paths to arrive at the same conclusion are decidedly different.