Get to the Root of it 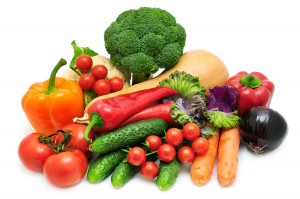 One great trick to lowering your grocery bill is to plan your produce around the season.

What are Root Vegetables?

Clean and chop into chunks about five each of carrots, potatoes, small turnips and beets. Coarsely chop about two onions.

Toss the veggies in olive oil and rosemary and arrange in a single layer in a baking sheet. Roast for about an hour in the oven at about 400 degrees, or until golden and fragrant. You may want to turn them a couple of times during cooking so that they are even.

Throw some chicken pieces or a roast in the oven at the same time, and you got hands-free dinner.

Take a similar selection (potatoes, onions and beets work best) to above and slice into halves. Season with salt and pepper and brush with oil. Place on a heated grill and flip for about 10 minutes a side- until they are tender on the inside and crispy on the outside.

Parsnip has a lovely, sharp flavour that really gives soup texture and taste.

Clean and chop about a pound of carrots and a few (three or four) parsnips. Chop an onion. Sauté these veggies in butter until softened.

Stir in a tsp each of grated orange rind and ginger and about two cups of stock. Boil until veggies are softened. Cool and transfer in batches to a blender or food processor.

Return to pot and add about a half cup of heavy cream (play around with the consistency). Heat through and serve!