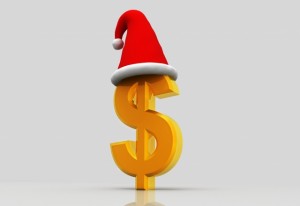 While frugality can sometimes be associated with stinginess, it can actually bring true contentment and gratification, rather than feelings of restriction and limitation. The following are several reasons why you should be proud and cheerful when saving money:

When you set financial goals and live frugally to attain them, the rewards are very satisfying! Knowing that you have no debt in the end, and that your hard work paid off, can bring about an amazing feeling of accomplishment.

Frugal people don’t spend their time focusing on what they don’t have, but rather on the things they do have:

People who consciously save money don’t worry about having a brand new car; they focus on having a car, new or used, that will get them to where they need to be. What’s most important to them is that they have the basic resources to get by.

A simple lifestyle will allow you to enjoy each day with less financial worries and more time to do the things you want to do. Instead of dwelling on your lack of funds, you’ll be focusing on having carefree, positive experiences. It’s much more relaxing to live without the constant burden associated with spending more than you can afford.

You start finding pleasure in the little things:

Frugality brings a sense of pleasure when you’re doing the basic things in life. For example, cooking and baking can feel rewarding, since you’re not out wasting money at a restaurant. You’re also spending time creating something from the heart for those you love, which creates a sense of selflessness.