Kids: Cute, but not Cheap 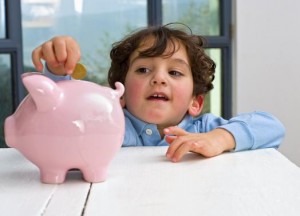 We all know that kids are expensive, but for those of us with school-aged children out on summer break in need of childcare and entertainment during those long summer days, the price tag swells along with the thermometer. When you actually write the figures down, the amounts are staggering.

According to a recently released report from BMO, the latest in a series that examines spending habits of Canadians over the summer months, Canadians on average spend a shocking additional $2,300 over the summer months on activities and entertainment to keep their children occupied.  For those looking to stick to a budget, that is a serious kick to the wallet.

In the survey, respondents were asked to break down their summer spending habits, and found that they were spending on average an extra $50-$64 dollars a week on eating out, activities like movies, sporting events, local festivals and on straight up impulsive purchases.

The survey found that the average tally that Canadians plan to chalk up on non-essential expenses is a whopping $3,978.

The message here? Stay home? Trade the kids in for less expensive replicas? No- of course not.  The key to managing summer spending without breaking your budget is to plan, plan, plan.

Set out a Seasonal Budget

Take into account that summer has unique opportunities to explore, entertain and to create memories with your children. While it is not reasonable or at times viable, to forgo all the extra spending associated with summer activities, plan a special budget to manage spending during the season.

You don’t want September to arrive (another notoriously expensive month), and have nothing but a sunburn, a theme park t-shirt and an empty wallet to mark the occasion. Track your spending on your outings so that you can adjust as you go, to make sure that you fall within reasonable limits.

Rewards programs don’t just offer travel benefits. Several offer merchandise and attraction and activity tickets, either for free with points redemptions or at a discount, which can contribute heavily to reining in summer spending.