Moving? Save money and time 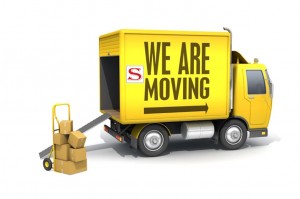 Getting a new house or new apartment is very exciting. However, the process of moving from point A to point B is more than a little daunting (for some, a compelling reason to stay put!).

In addition to the packing and unpacking (ugh) there can be substantial expenses involved that you may not have accounted for. Here are some ideas to make your move more seamless and less expensive.

It only makes sense. Why pack and cart stuff that you’re not using in your current home? Purging your belongings in advance of a move is only going to save you time and money (as well as stress).

A rule of thumb: if you haven’t used it in a year, you won’t. You can even hit the consignment stores to see if you can raise some extra last-minute cash to help defray moving costs.

You can save a boatload of cash if you DIY on your moving day, rather than hiring a company. However, moving is one those tasks that requires a significant amount of support from others (not to mention some back-breaking labour).

Ask your friends and family- but plan to reward them heartily with beer, pizza and your eternal gratitude. And remember to pay it forward when they plan their own moves.

And if you have a friend with a truck, even better!

The other major cost when moving is the boxes and packaging materials that you need to wrap your belongings.

See if you have friends that have moved recently, and would be willing to lend you their boxes. Stores are often willing to give away their boxes rather than load up their own recycling bins, just ask.

If you do happen to purchase boxes from a moving company, dissemble and store them when you are done, so that you can re-use them in a future move.

Instead of buying bubble wrap, stuff the inside of your boxes with newspaper.