Why you should pay attention to the headlines 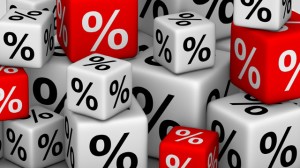 Every few months or so, there are a rash of headlines about rising interest rates. After a while, a little bit of the “boy that cried wolf” effect comes in to play. However, this time around, you should really pay attention.

Admittedly, interest rates are not the most interesting of subjects. But what should be of interest to you is the significant impact that a rise in interest rates could have on your life, and why it behooves you to plan ahead for such an event.

The time is coming

Yes. You’ve heard this before. But this time around I think this prognostication is more likely to happen. Many analysts and pundits are seriously predicting a rate hike this year, which may come as a shock to your credit system.

We’ve been experiencing an extended period of ultra-low interest rates, which depending on how long you’ve been borrowing, may have become your sense of normal when it comes to credit.

These rates have been in play in order to stimulate the economy (i.e. to get you the consumer, to borrow and spend).

Even a small rate increase could seriously impact your bottom line. That is because an interest rate is a variable cost based on the base lending rate at the time.

If you’re already stretched pretty thin, this is the time to take action against your debt. An increase in interest rates is going to equate to you paying out more money. Chances are your income is not going to go up in tandem, so you’ve got to attack the other side of your balance sheet.

Attack debts aggressively with higher interest rates, or that employ a variable rate. Installment credit (i.e. a loan) is preferable when you’re trying to pay down debts, and is less susceptible to short-term fluctuation in interest rates (depending on how long your term is).

If you’ve got a variable rate mortgage, you may want to schedule a visit with your lender to look at your options, and get their take on interest rates. Maybe it is time to lock in to a longer term, depending on your situation.